WTA Chennai OPEN: Anastasia Gasanova of Russia toppled No. 1 seed Alison Riske-Amritraj 6-2, 6-3 Tuesday in the first round of the Chennai…

WTA Chennai OPEN: Anastasia Gasanova of Russia toppled No. 1 seed Alison Riske-Amritraj 6-2, 6-3 Tuesday in the first round of the Chennai Open in India. Gasanova, ranked No. 147 in the world, broke Riske-Amritraj’s serve six times in 11 opportunities and won 23 of her 34 first-serve points (67.6 percent). Follow Chennai OPEN 2022 LIVE updates with InsideSport.IN 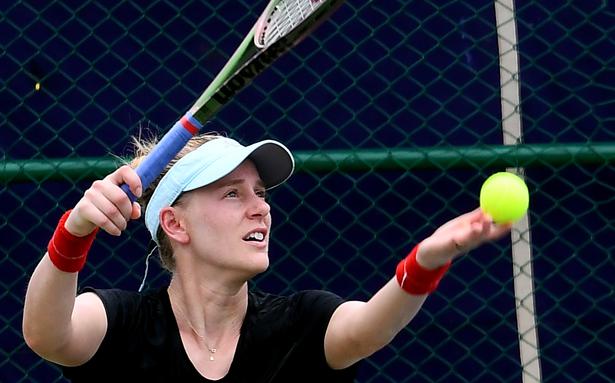 Other winners Tuesday were Carol Zhao of Canada, Oksana Selekhmeteva of Greece, Katie Swan of Great Britain and Nadia Podoroska of Argentina.

Ajla Tomljanovic of Australia went down in her first match since the U.S. Open, as Ana Bogdan of Romania pulled out a 7-5, 4-6, 6-1 win in Portoroz, Slovenia.

Tomljanovic, the eighth seed, was coming off her first U.S. Open quarterfinal, having defeated Serena Williams in the third round in Williams’ final professional match. Bogdan overpowered her Tuesday with 10 aces and eight of 12 break points saved.